skip to main | skip to sidebar


Dear friends,
I will be showing a new work entitled Once Upon A Time The Story of Art: Retold with TinTGallery. The Story of Art by E. H. Gombrich serves as a stage where black vinyl silhouettes of audience   members are inserted in the foreground of each illustration of the book.
An example of the work for a sneak preview: 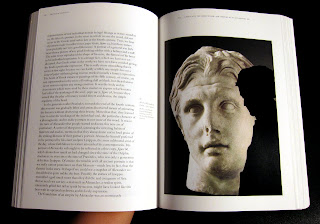 Arriving punctually with the start of the Berlin autumn art season, PREVIEW BERLIN – The Emerging Art Fair promises to be, for the fifth time, a place for discoveries. With more than 13,000 visitors last year, PREVIEW BERLIN distinguished itself as one of the most popular meeting points of the international art scene. For the new edition of the fair, PREVIEW BERLIN will move to the main hall of the former Tempelhof airport, showcasing a new fair concept.
PREVIEW BERLIN – The Emerging Art Fair will take place concurrently with the most outstanding annual event of the international art world in the German capital – ARTFORUM BERLIN. Since it was founded in 2005 by two Berlin gallerists and one artist for young galleries and project spaces, PREVIEW BERLIN has become one of the most important events in the Berlin autumn art season. The aim of the fair is to create a platform to strengthen emerging artistic positions in the market, and to serve as a link among young artists and the international art world, including curators, art critics, collectors and art enthusiasts.
PREVIEW BERLIN will take place this year in the main hall of the former Tempelhof airport. With a usable area of approx. 3,000 sqm, this impressive site inspired the fair organizers to present a new fair concept for this year’s edition, namely foregoing the classical fair booth construction aiming to curate the entire exhibition.
A fair without walls and a challenging architectural space represent the starting points of this year’s fair concept. Forty-seven exhibitors from 13 countries will showcase works from a new generation of emerging artists whose work is based on a sculptural approach or one based on installation. These artists were selected for the innovative and artistic character of their work. During the selection process itself, organizers aimed to develop continuing and substantial evaluation criteria, naturally in conjunction with the conceptual questioning of the art fair model itself.
Many of the works were either created especially for PREVIEW BERLIN or will be presented to a broader audience for the first time at the fair. Last but not least, this year’s fair concept aims in general to inspire a more lively and substantial discussion with its presentation concept.
GREECE
TinT gallery, Thessaloniki presents NIKOS PAPADIMITRIOU and GEORGIA KOTRETSOS
Fair Dates:
25th – 27th September 2009
Daily 1– 8 p.m.
24th September 2009: General Opening 6 – 10 p.m.
Admission
Day Ticket: 10 Euro; Students and children: 6 Euro
Catalogue: 10 Euro
Venue:
Berlin Tempelhof Airport
Main Hall
Platz der Luftbrücke 5
D-12101 Berlin
PREVIEW BERLIN - THE EMERGING ART FAIR
www.previewberlin.de

Posted by Georgia Kotretsos at 6:40 AM No comments:

This issue’s Study Section focuses on groups, collectives and collaboratives that are space-free. The key notion here is the camaraderie among a creative group of individuals working under an umbrella name. Whether artists, curators or activists, they make it happen. Boot Print is proud to present: The Guerrilla Girls by Virginia MacKenny; Temporary Services by Tim Ridlen; What, How and for Whom by Danyel M. Ferrari; Raqs Media Collective by Ashok Mathur; Young-Hae Chang Heavy Industries by Kelly Shindler; and Avant Car Guard, Doing It For Daddy andGalerie Puta by Robert Sloon.

And finally, Georgia Kotretsos talks to the creators of Magazine Forte - a sound magazine, which is about to commence in September 2009 from New York City and to Pablo Helguera about Artoons - his latest book of art related cartoons.

Posted by Georgia Kotretsos at 12:48 PM No comments:

Georgia Kotretsos
Athens, Greece
Georgia Kotretsos is a visual artist and founder of Boot Print magazine based in Athens, Greece. Kotretsos has attained an MFA Degree from The School of the Art Institute of Chicago on a Full Merit Scholarship, (2004) in the United States and a BFA Degree from The Durban Institute of Technology, in Natal, (2000) in South Africa. Her works are emblematic references to creations that investigate allusions to the aesthetics of the post-minimalist period in which institutional critique had been the major issue. The artist investigates with wit and conceptual tools the relation of an artwork to its audience. In her artistic practice the framework, context and connotations of the work constitute her object of investigation. She is a founding agent of the Boots Contemporary Art Space, St. Louis MO, USA and the founder & editor-in-chief of Boot Print, an international biannual publication dedicated to contemporary art - published by Boots, www.bootsart.com. She also write for the Art in the Twenty-First Century blog in New York where Georgia has a monthly column called “Inside the Artist’s Studio”. Recently, she began contributing to Highlights magazine here in Athens too.